Know how to create and collect resources for a project

Know and use object-oriented programming

Publish project in the Roblox community

During this course students learn the basics of game development in Roblox Studio. They acquire various skills that come in handy in game design: cooperation, analytical thinking and problem solving. Step by step they create their game: from the phase of setting game rules through collecting graphical resources and building a map to programming character movements and events using the text-based Lua language. They learn the concepts related to object-oriented programming and master universal programming language constructions, such as conditionals, variables and loops. They also learn how to apply different data types. They hone their creative skills, building – on their own or in groups – game resources, such as the worlds and items needed to play. They also practice spatial imagination by building a 3D game space. They use their newly acquired knowledge to code interactions between the game world and the characters in it, and they adjust the resources according to the needs of their project. When their work is done, they publish it in the Roblox community.

Send us your e-mail address and we will notify you about the start date. 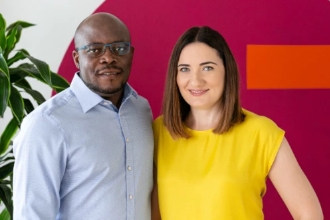 Send us your e-mail address and we will notify you about the start date.